Your Brain. Your Future. Your Choice.

Rates of Teen Use 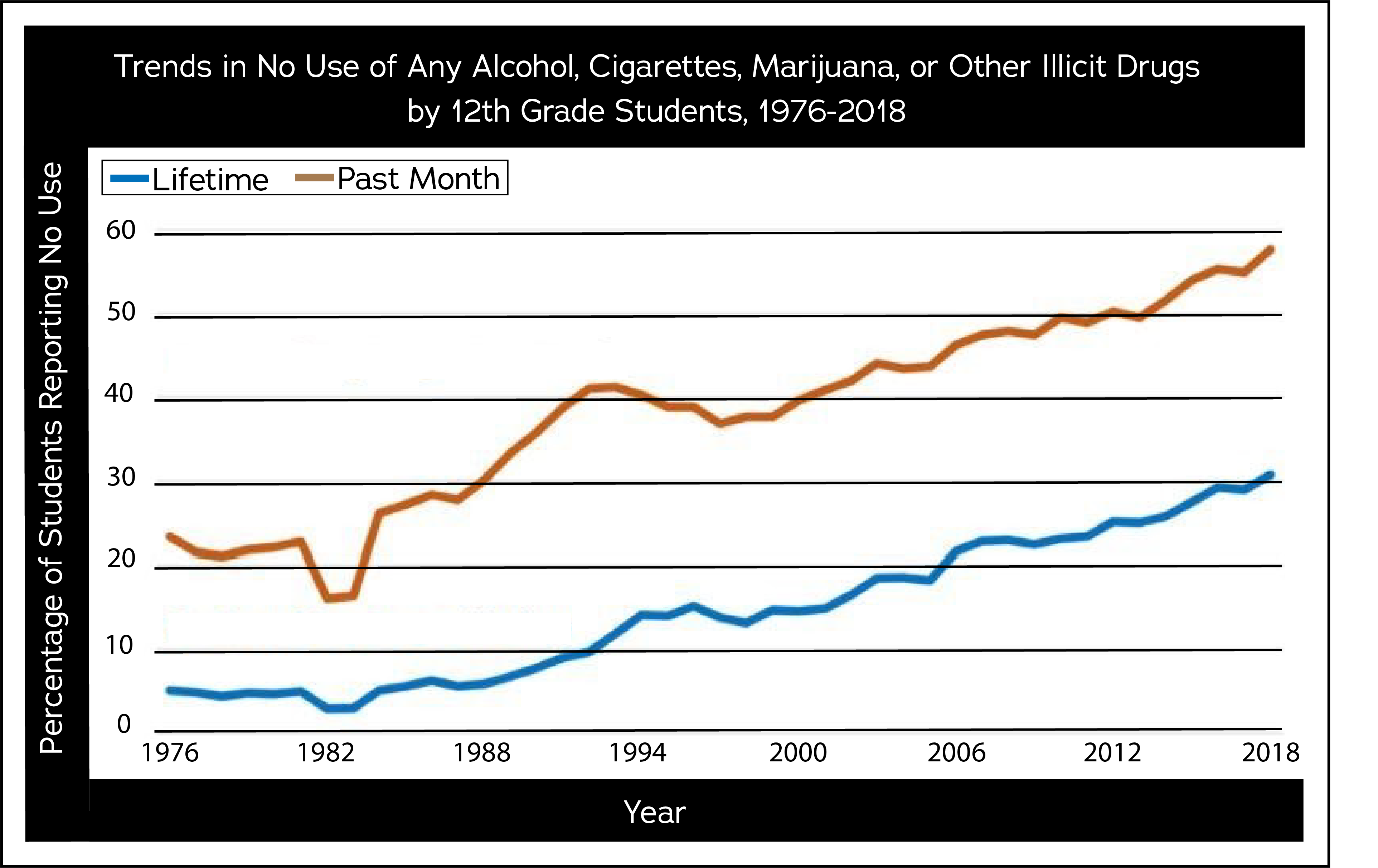 Building Blocks of the Brain

Our Experiences Shape Our Brains 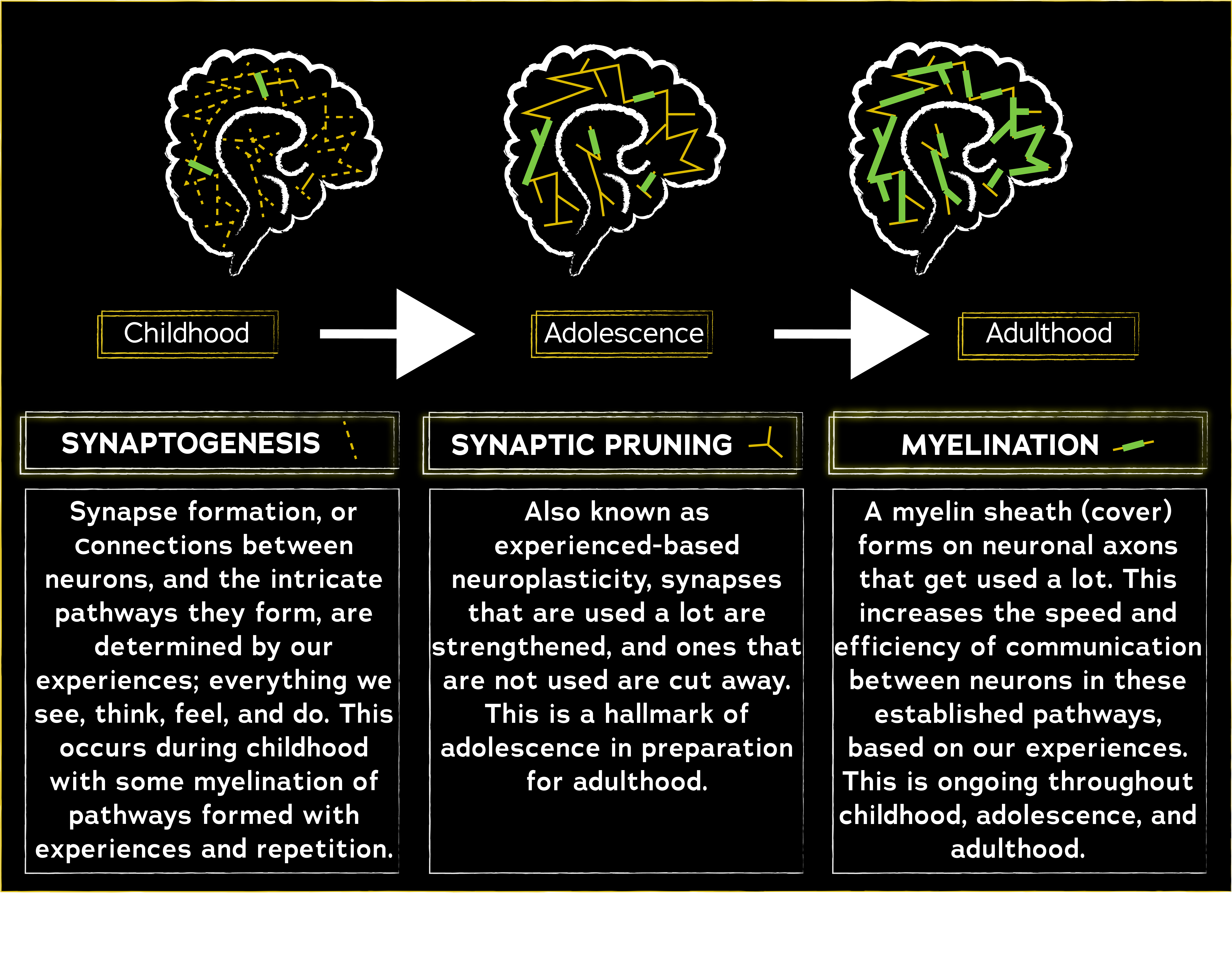 Two Important Parts of the Brain 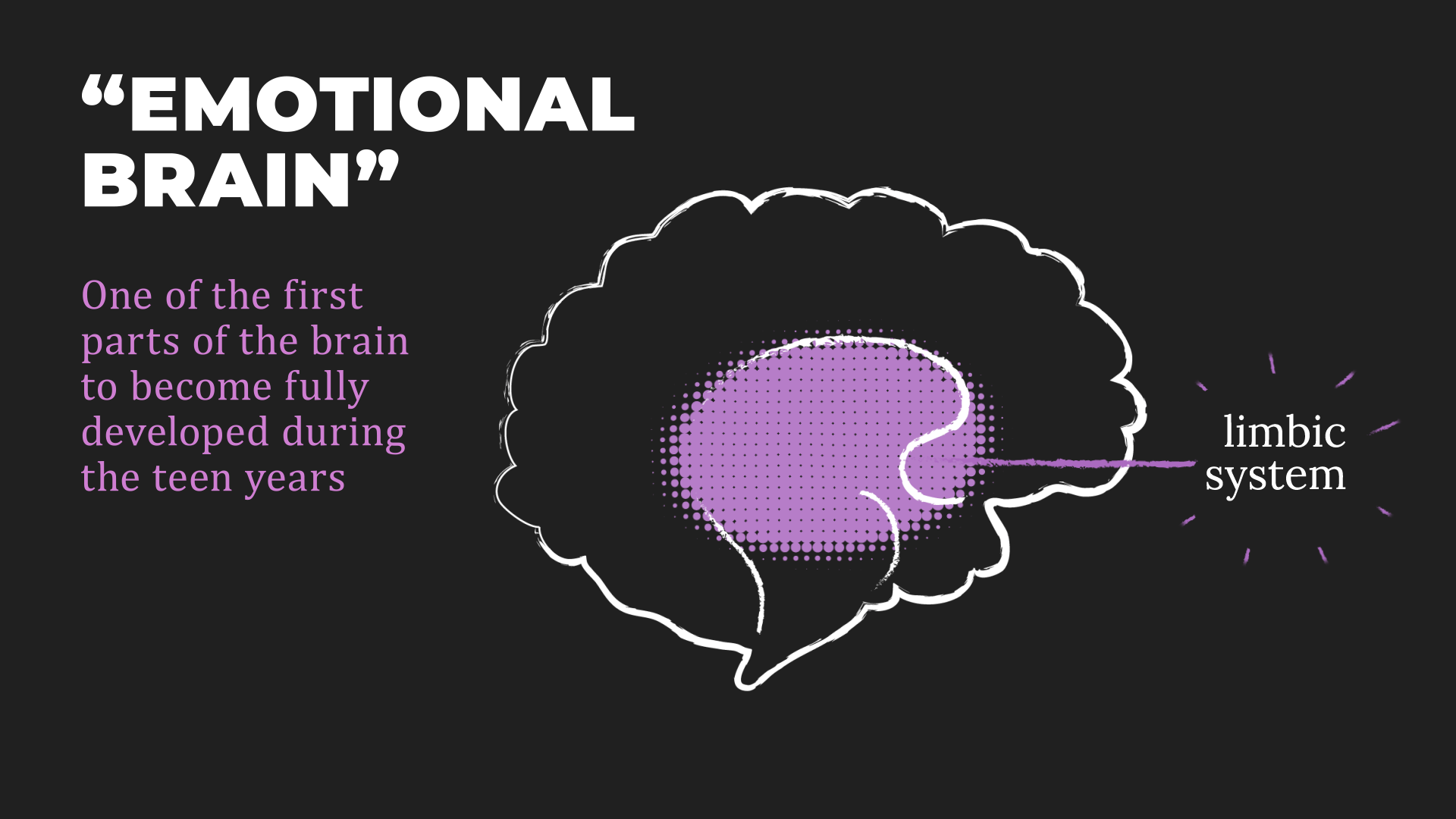 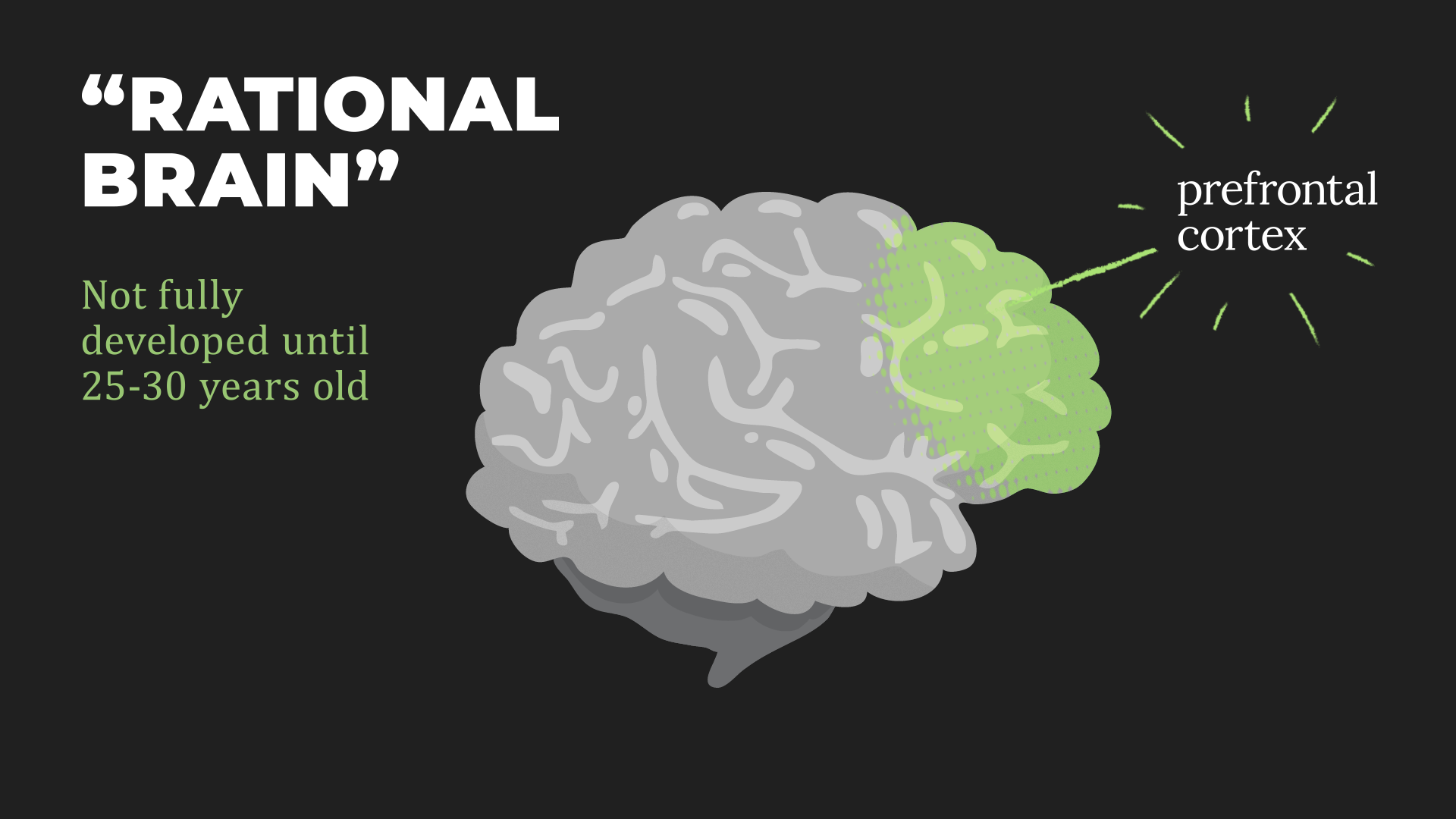 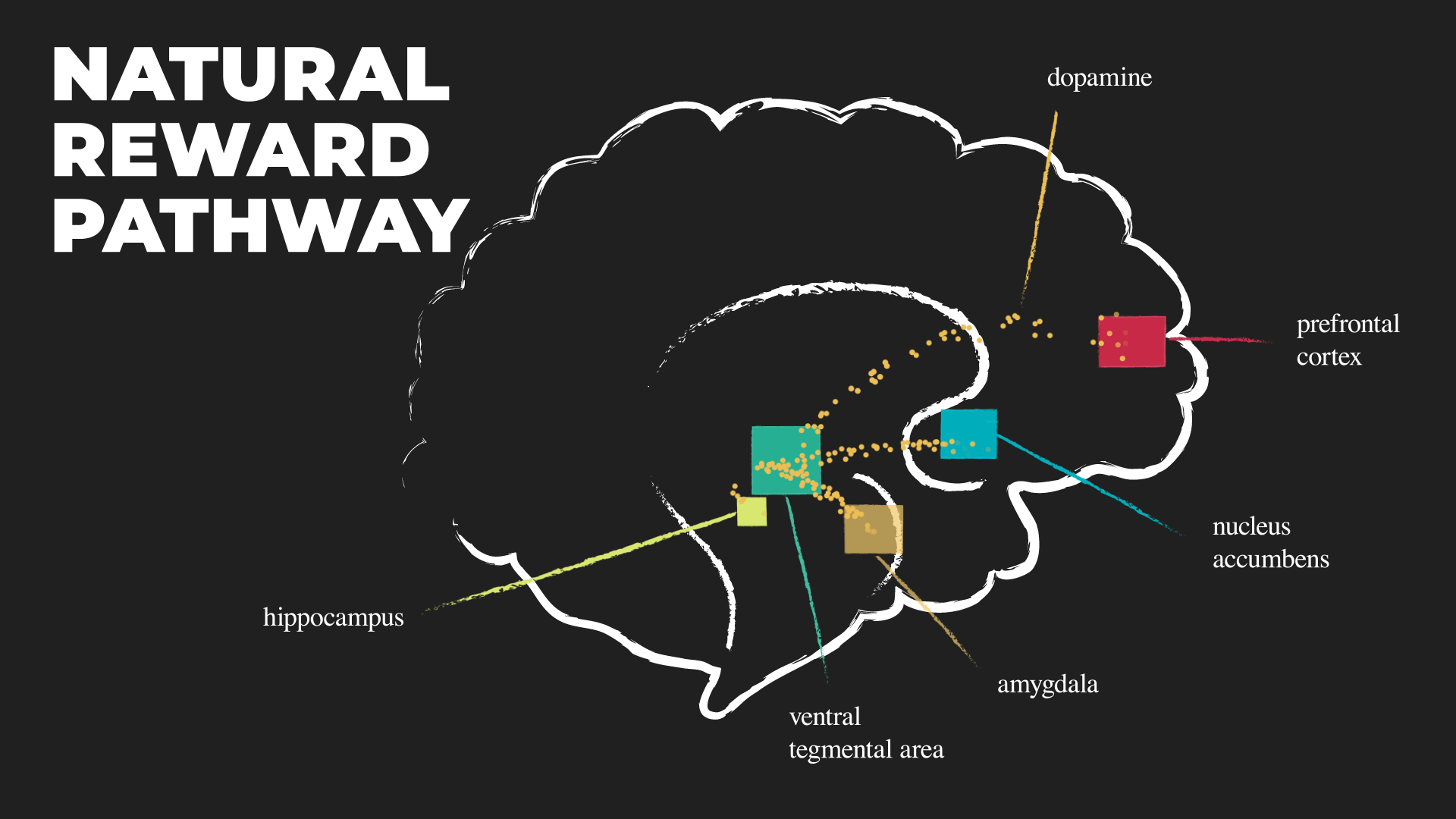 Substance Use & The Brain 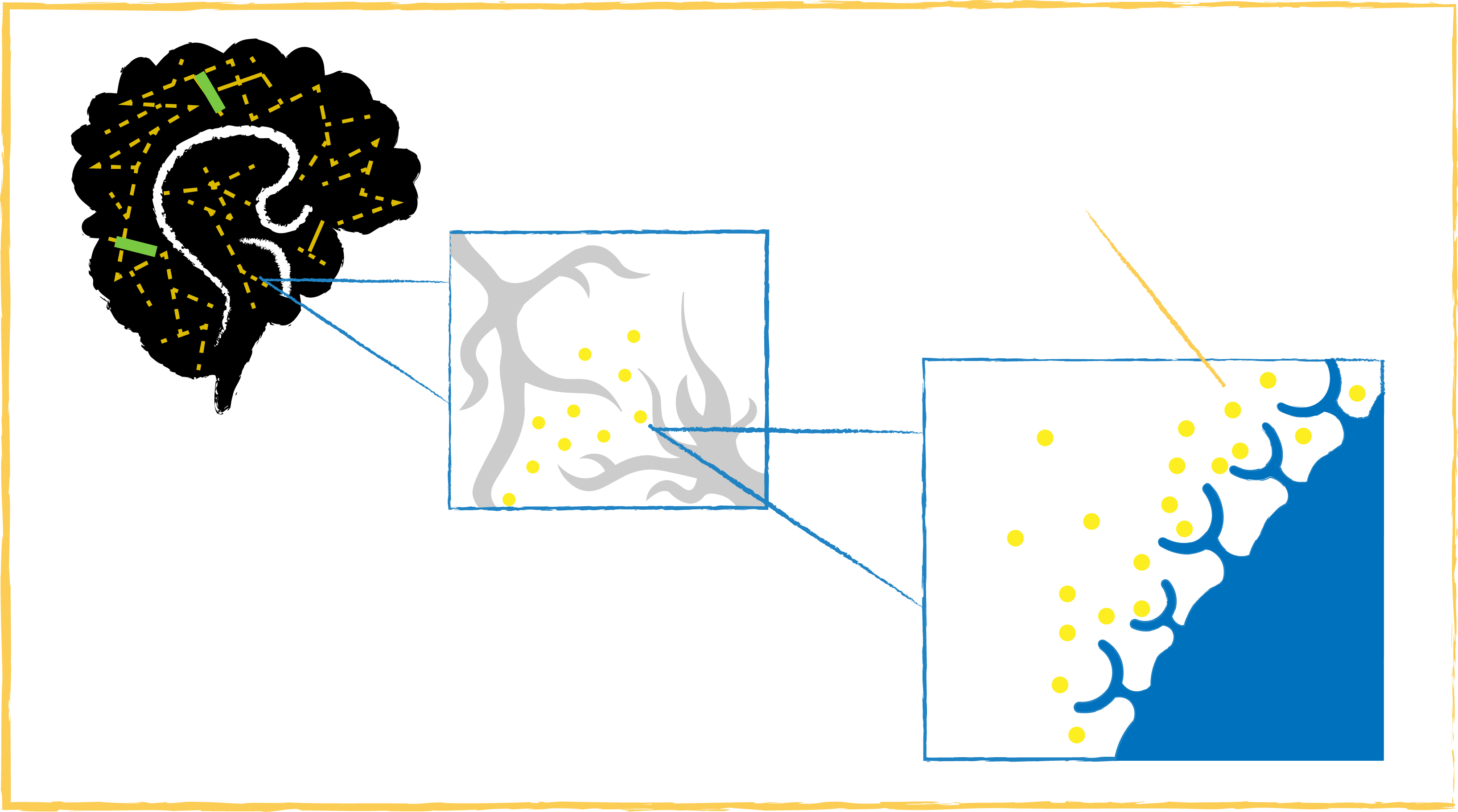 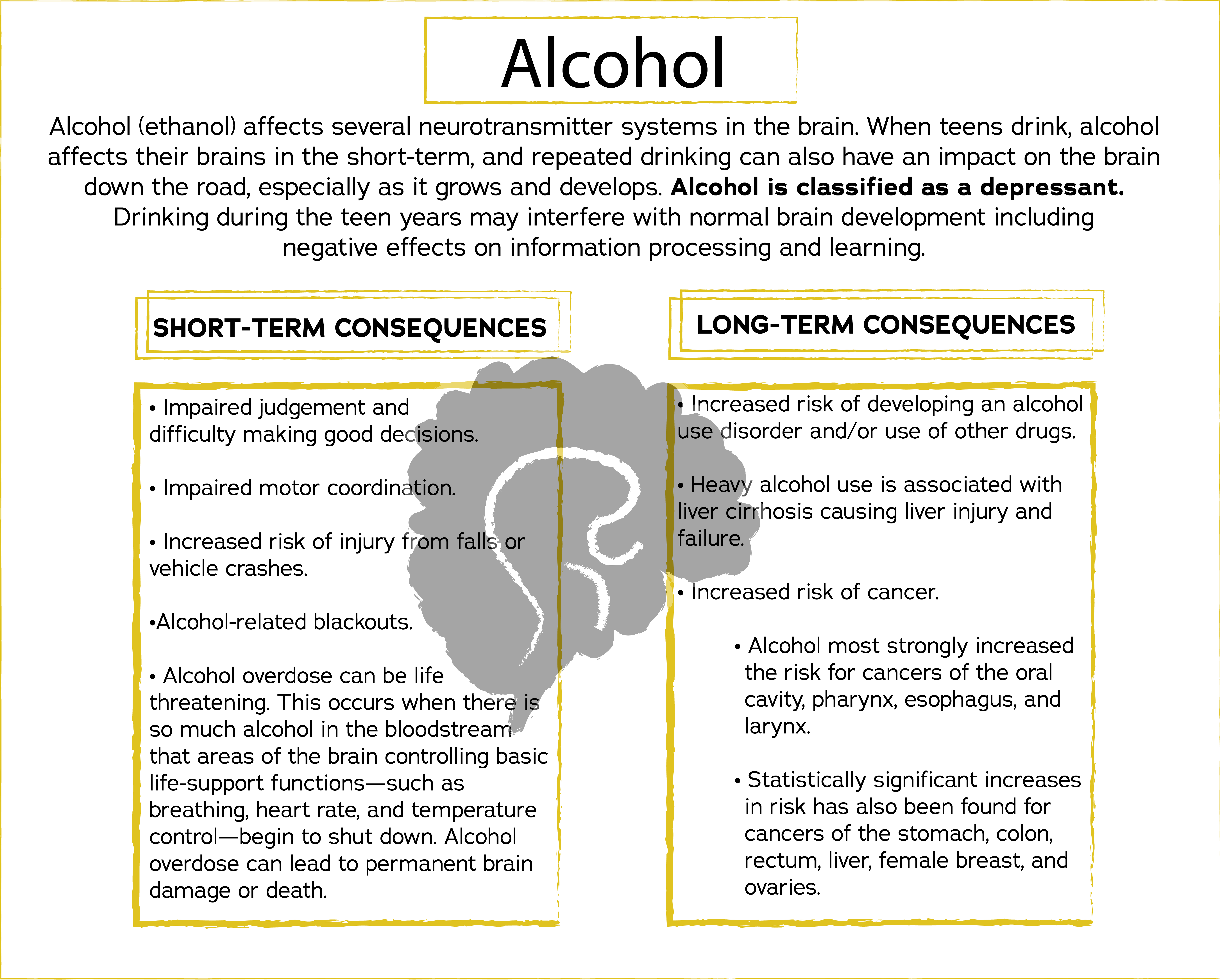 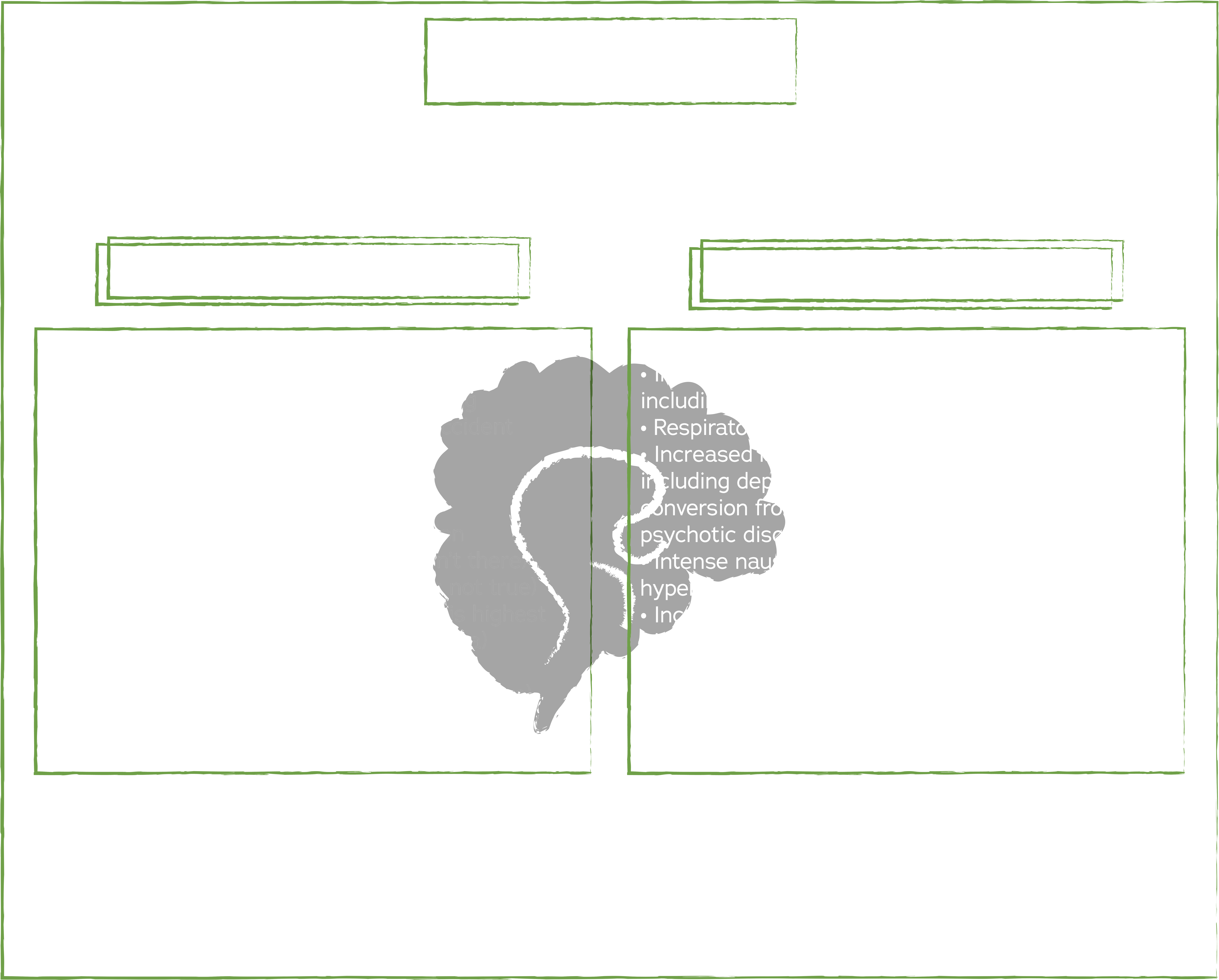 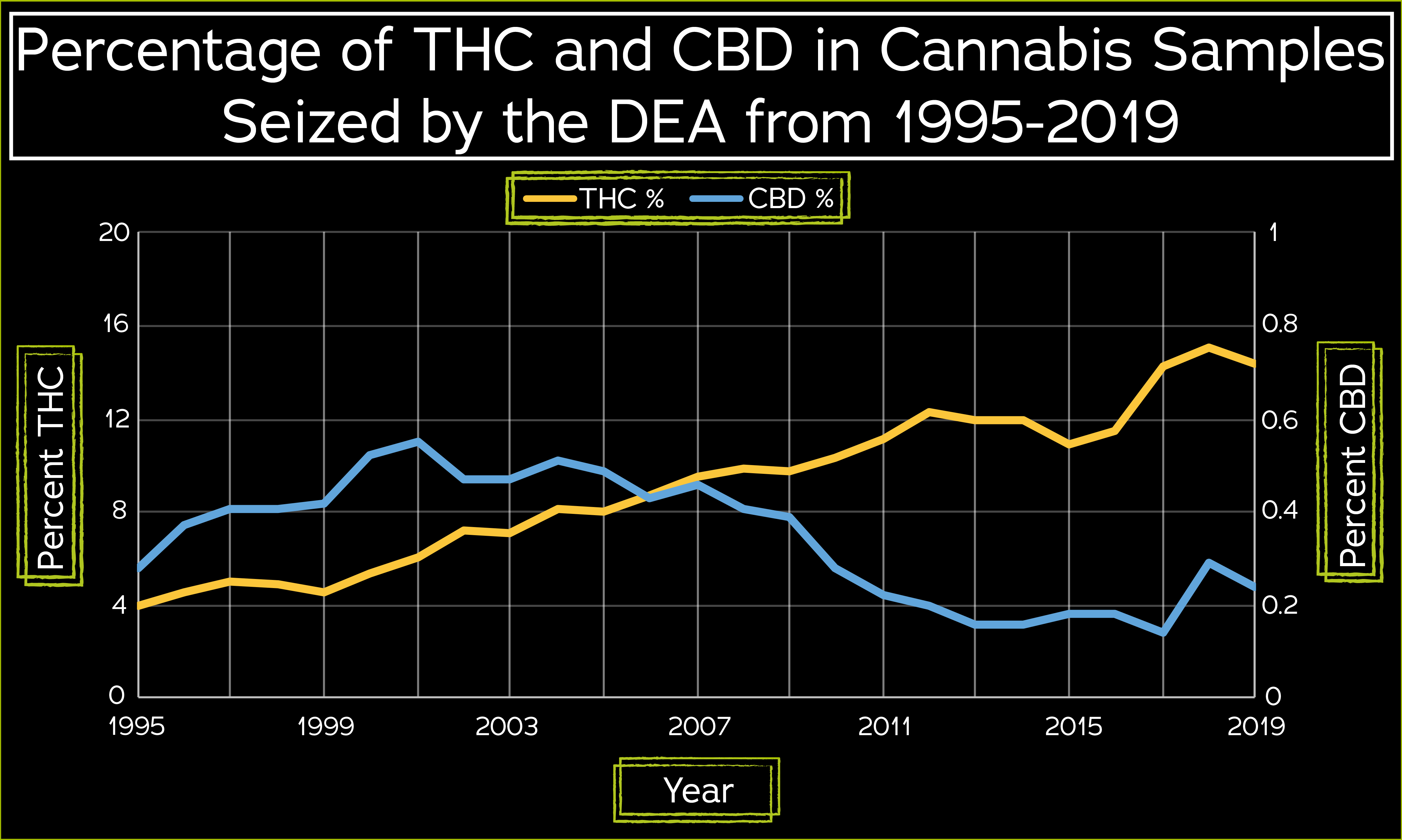 Source: Adapted from NIDA and data from the Potency Monitoring Program, Quarterly Report #14614

The amount of THC in marijuana has increased over the past few decades. In the early 1990s, the average THC content in marijuana was less than 4 percent. It is now about 15 percent and much higher in some products such as oils and other extracts (see below). Scientists do not yet know what this increase in potency means for a person’s health. Some people adjust how they consume marijuana (by smoking or eating less) to compensate for the greater potency; however, teens and young adults are less likely to make this adjustment. There have been reports of people seeking help in emergency rooms with symptoms of THC over ingestion including nervousness, shaking, psychosis (having false thoughts or seeing or hearing things that aren't there), nausea, and vomiting, after consuming high concentrations of THC. There is evidence that addiction to THC may occur more rapidly with the use of products containing higher levels of THC.

Smoking/vaping/dabbing extracts and resins from the marijuana plant with high levels of THC is on the rise. There are several forms of these extracts, such as hash oil, budder, wax, and shatter. These resins have 3 to 6 times more THC than the plant itself. Smoking, vaping, or dabbing it can deliver dangerous amounts of THC and has led some people to seek treatment in the emergency room. There have also been reports of people injured in fires and explosions caused by attempts to extract hash oil from marijuana leaves using butane (lighter fluid). 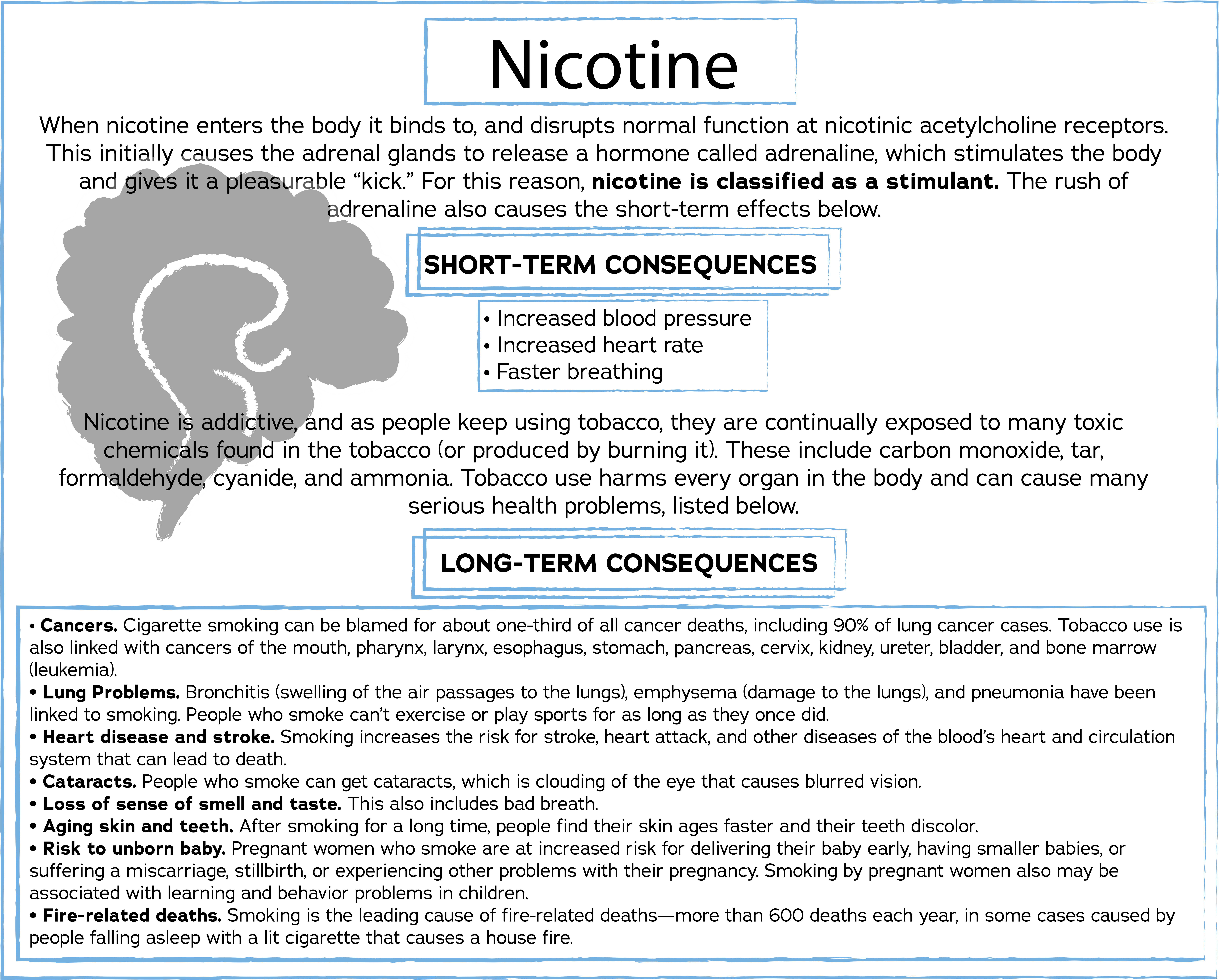 Nicotine or THC from vaping products activates the brain’s reward circuits and increases levels of an important chemical messenger in the brain, called dopamine. Dopamine causes the brain to remember the behavior associated with that increase and reinforces the desire to vape nicotine or THC. This can cause a person to seek out nicotine or THC and use it again and again, despite the risks to their health.12 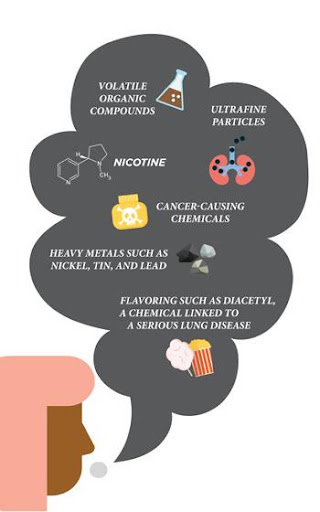 It is important to recognize that in addition to the negative health effects caused by nicotine and THC, vaping has its own risks, which include addiction and other potentially harmful health effects. Health experts have raised many questions about the safety of vaping devices, particularly for teens:

For More Information about the effects of other drugs including depressants, stimulants, hallucinogens, and opioids: https://teens.drugabuse.gov/drug-facts/how-do-they-affect-brain

Read more about The Brain and Addiction here:

Signs and Symptoms of Addiction

Addiction can happen at any age, but it usually starts when a person is young. Teens who continue to use drugs despite harmful consequences could be addicted.

When adolescents start behaving differently for no apparent reason—such as acting withdrawn, frequently tired or depressed, or hostile—it could be a sign they are developing a drug-related problem. Parents and others may overlook such signs, believing them to be a normal part of puberty. Other signs include:

For teens seeking help for substance use, or for parents, teachers and other trusted, caring adults seeking to help a teen they know is struggling with substance use, visit our Resource page or the SAMHSA National Helpline website for their free, confidential, treatment referral and information services line. 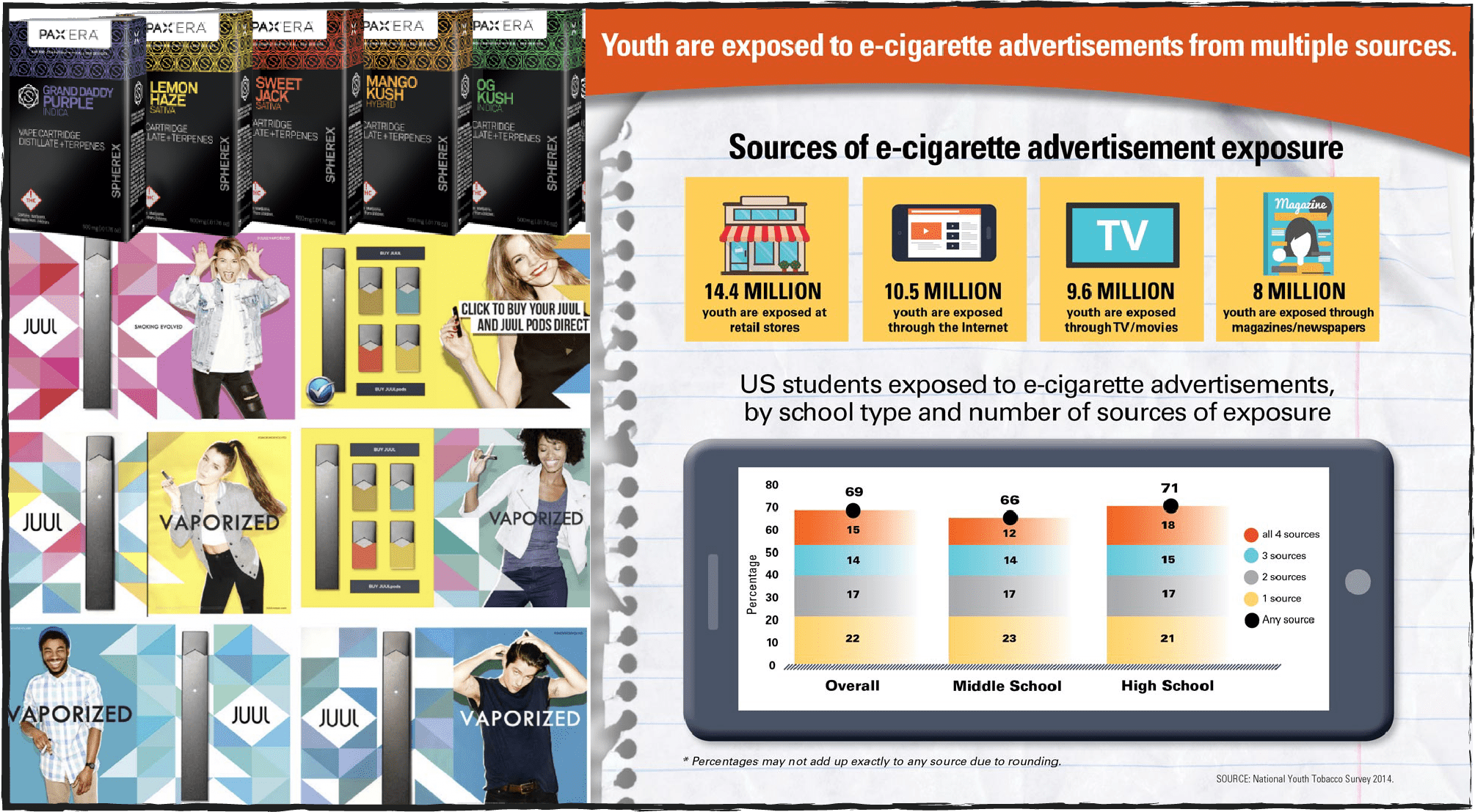 Sources: Stanford Research Into the Impact of Tobacco Advertising,16 & Centers for Disease Control and Prevention17

Industries and street dealers that sell alcohol, marijuana, tobacco, other drugs, and/or vape devices know that teens who get hooked early, become life-long sources of profit. For this reason, teens and young adults are often targeted for advertising and marketing of substances with addiction potential.

What role does industry play in teen substance use?

How can we, as a society, better address substance use?

Please note, material on this site should never be used as a substitute for direct advice or medical care from your doctor or other qualified clinician.